World Will Run With Brain Microchips 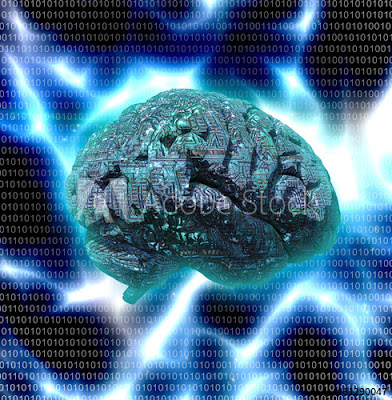 👉Brain Microchips will make humans supercomputer.  This chip can be implanted in the brain through a small operation.  After this chip you can connect to the computer and learn anything in a few seconds.

👉Those who have seen Matrix Movie of Keenu Revez, they will remember a scene of the movie very well.  In this scene, the film’s hero Neo (Kianu Reeves) had to learn how to fight martial arts and weapons to fight Villain.  To learn these two arts, the hero sat on an electronic chair.  After that in his mind.  A cable is inserted which is connected to the computer on the other side.  In a few seconds, all files related to running martial arts and weaponry from the computer were copied to Kainu Reeves’ mind.  They are only in a few minutes without any  Practice becomes the master of martial arts.  Based on science fiction, this story of this film is going to change very quickly and it has been picked up by big names such as Google and Alan Musk to transform it into reality.  Recently, Google has developed a new chip with Artificial Intelligence, which is called Google.  The brain chip has been renamed.  This chip will turn our brain into a mini super commuter.  This chip will be implanted in the brain through a small operation.  After this chip you can connect to the computer and learn anything in a few seconds.

👉brain microchips, but scientists and entrepreneurs around the world are engaged.  Allen Mask, CEO of SpaceX and Tesla, is also going one step further and working on the plan to build manoid (i.e. a system that is half human and half a robot) by connecting the human brain with Artificial Intelligence.  For this, he has started a venture named after Newralink.

👉In this plan, countless neurons in the human brain will be linked to Artificial Intelligence through a single chip.  In this way, all kinds of genetic problems in the body will be removed and the brain will be made faster in advance, together with biological intelligence and digital intelligence, a new generation will be created for the future, which will prove to be fast and powerful in the present generation many times faster.  Attempts are being made to remove the diseases related to spinal cord and to take full control of the artificial organs being planted in the brain.

What Will You Do With The Brain Chips?

Brain Microchips Is The Future Of Humanity.

👉Founder Brian Johnson, of the startup kernel associated with brain microchips has said.  That’s the future of human microchip humanity.  In the next few years, this technology will become more famous than a smartphone and will give the scientists the power to make full use of the hidden views of the mind.  According to Johnson, this is the only technology that will help keep humanity alive in the future.  Using these microchips, people will be able to forget old memories, purchase good memories and store them in their own minds and eliminate their own negative themes.

👉After doing this chip, you will not miss something, but it will work just as if the smart assistant of our phone works.  This device will be connected with the brain and will provide the necessary information.  Example .  If you have to find an answer to a question, then you will have to accept the answer, your signature will send the signal to the brain chip only.  The chip in the brain will immediately respond to the question and signal back to the brain and you will be able to immediately answer the correct answer.  .

This Time Too Many Cybogers Are Present In The World

👉Jens Newman lost both eyes in a brick.  But in 2002, he implanted an electronic eye under a project.  This eye was connected directly to his visual cortex through the neurons present in his brain.  Through this artificial eye, he is now able to see a lot.  Although it is not as capable as the real eye, yet the world is now able to see it.

👉Jens Sullivan lost both hands in an accident.  Robotics were planted under the Robotics Lions implant project.  These hands were linked to their mind through imaltation.  Jess controls these hands through their brains.

👉Kevin Marvic has installed Mycopa in a special way in his hand.  Through this chip, only he can control the computers, doors, lahats, heaters and all other gadgets of his house.